My goal is to capture the “business” of content creation so that others can learn about creativity and the process of writing, book and video editing, and hopefully cross hurdles faster.

In the first episode I talk to Lance Baptiste, the author of The Ghost of Caura, and a YouTuber from Trinidad and Tobago. Listen to the episode here. And if you’re interested in purchasing his book you can download in on Amazon.com. 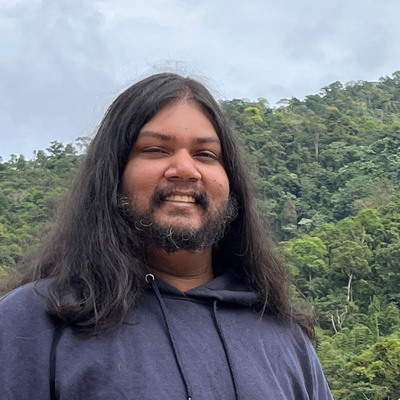 Minister of Health Terrence Deyalsingh says that one of the key hurdles in achieving long-term national development is the lack of consistency between programmes during different political administrations.

TWO bullets to the chest and abdomen ended the life of ex-soldier Jamie Walker on October 7, outside We Supermarket, Cocoyea Village, San Fernando.

Today, we’re talking about two things: the government of Trinidad and Tobago’s use of technology; and Grants. Not Hugh Grant or General Grant. I mean relief grants, particularly the salary relief grant and the grant promised to hotels and guesthouses in Tobago.

I should warn you that when I wrote this episode of #RedWallNews I did so with a growing bitterness in my heart. Because when it comes to IT and software systems that work well, the government keeps dropping the ball. I’m a programmer. I know how fast and easy it is for one programmer or a team of skilled programmers to build software systems that work, evolve as needed and, like Janelle Penny Commissiong, get better with age.

I should also remind you that I have no political affiliations. I have never voted. I support a unified Trinidad and Tobago, which means that I support neither PNM nor UNC.

In Trinidad and Tobago, the government is like that friend you lend money to but when it’s time to pay back you could never find them. Yeah, Nick, I’m talking about you. Where’s my hundred dollars that you borrowed on Friday, 27th July 1990? You said you were going Port of Spain; and I never saw you after that.

In early August, the prime minister said, the last lockdown cost billions. How much billions are we talking about, exactly? 5, 10, 50?

I always assume the best in people so I’m pretty certain the government is spending these billions sensibly. In other words, the money is going into the right pockets, the pockets of the people who need the money the most. What’s baffling is that in the newspapers and on social media there are people complaining about not receiving grants. (Who knows; maybe they’re mischievous UNC trolls.)

It doesn’t end there. In Tobago, we have the Business Chamber calling on the incoming government to urgently begin disbursing the $50 million grant promised to hoteliers and guesthouse operators months ago, in March.

March. That is a long time ago. Consider staff, suppliers, farmers, fishermen, the people who need the money the most.

Mr Prime Minister, Sir, as I write this do you know what just crossed my mind? That time Sandals pulled out of Tobago. A blessing or a curse?

Based on what we’re reading in the news why does it appear that money is taking so long to get into the hands of the people who really need it?

Is it because in Trinidad and Tobago, the state, it seems, has a knack for building really stupid Information Systems? I mean, who implements a system to accept requests for salary grants via email? Sorry, how could I forget all about you NIB. At what point did you all realise that one email address to serve all of Trinidad and Tobago was a terrible idea? I imagine your IT department called a meeting. Young programmers, ancient bosses, around a wooden conference table that somehow makes everyone feel more important than they are. The young programmer’s cautiously saying:

“Boss, this system is madman thing, we have thousands of requests in one email address. I have a suggestion.”

“The country has good programmers. Let us build a dedicated system to effectively manage the process. The system could even help decrease fraudulent claims. Improve transparency etc.”

The boss smiles and says:

“That, young woman, is a terrible idea. What we really need to do is set up four email addresses. One for north, south, east and west Trinidad. Tobago’s small so they’ll get one email address.”

Another big smile and the boss says:

“That way we will have less emails in every email address.”

Listen, whether or not NIB has an “IT system” that the public doesn’t know about, it should be obvious by now that the thing ain’t wo’king.

When it comes to sound IT systems, the Ministry of Education is another failure. For months (maybe years) they’ve been working on developing a school transport app to improve the payment process to maxi taxi concessionaires.  There’s talk about RFID tags and all that jazz, tracking students’ movement in and out of vehicles. Where are the results? Can you imagine how relieved the programmers at the Ministry of Education are that schools are closed. I could hear them saying, “Yeah, boy we getaway.”

It may not be so, but it seems that more often than not the government (PNM and UNC) fails miserably when it comes to implementing sensible software solutions. And I imagine these are costly failures. Failures that cost taxpayers millions, if not billions.

So, forgive me for not being excited when the PNM announced a Ministry of Technologies and Records to bring about modernisation in record- keeping. This should have happened years ago, but, I’m practicing optimism, so I look forward to it. Hopefully by 2025 we’ll be voting online.

Oh. A quick reminder that cyber threats are against the law. The police has a cybercrime unit, monitoring social media. And it is apparently effective:

I’ll end with a quote attributed to Commissioner of Police Gary Griffith, a man I regard as a man of few words:

“The good thing about social media is sometimes people like to talk too much and when they talk too much it gives us enough information in our law enforcement bank. We’re seeing a number of different comments being made. People are very emotional, some exuberance, some frustrated and because of that they have started making very irresponsible, reckless comments that can cause crime to be committed or try to incite violence and that is where the police will get involved.”

#RedWallNews It better than blues.

Scary week in Trinidad, boy. Floods, a baby injected with poison, bullets like rain, a dread robbery in La Romaine that leave re’l people dead. Pennywise Plaza employees are back out to work, but still traumatized. You know, I’m having a hard time coming to terms with what a traumatized Pennywise employee looks like.

And I’m beginning to feel like I need to look outside of Trinidad to find good news.

In Guyana a 57 year old farmer chopped and killed his 21 year old son, chopped his common-law wife then lit her on fire. Afterwards he drank poison and cut his belly like a Samurai.

On the east coast, a 42-year-old farmer from Wash Clothes, Mahaicony Creek, was killed. Apparently, he went to take a drink with some acquaintances and got into an altercation during the drinking session.

And on Sunday September 18th, a gunman opened fire at a football match in St Catherine, killing three people and wounding six. Is it that all over the Caribbean the vultures have been let loose? Can you imagine it’s the weekend, you go to a football match, thinking that you’re safe because John Crow say he nah work on a Sunday.

Welcome to my blog! My name is Lyndon Baptiste, and I’m a writer, programmer and YouTuber from Trinidad and Tobago. I guess you could say that this blog is a public diary. On this blog I’ll share my thoughts on writing, video editing, computer programming, and satirical stories related to Trinidad and Tobago news.

No comments to show.